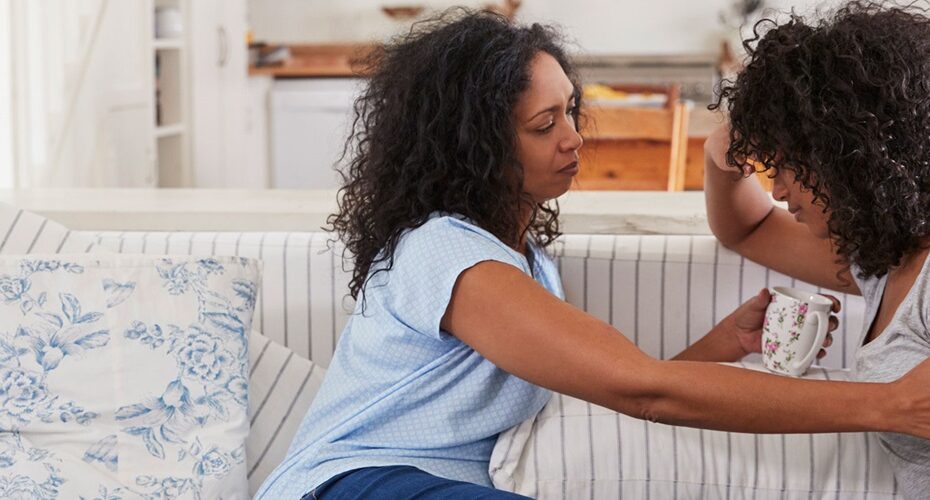 Conflict between a parent and child is a completely normal and common part of a healthy relationship. Sometimes this can be in the form of a minor disagreement, to an argument that lasts for days. Conflict usually arises from the differences in two or more people’s needs, goals, and/or personalities. To totally avoid conflict two people would have to be exactly alike, but even then, they’d probably find something to disagree about.

What differences can make it hard to get along?

As a child or a teenager, it may sometimes feel like your parents live in a whole different world than yours. Maybe they can’t understand the things you like, your beliefs, why you make the friends that you do, or why you struggle with certain things that they didn’t when they were your age. In addition to personality differences, this is often because of a generational gap between a parent and their child.

This gap is the difference in the society, popular culture, and values that you both grew up in; it can mean the difference between MySpace and TikTok or picket-sign protests and social media activism. While this doesn’t mean that parents are just too different from their children, there are a few differences that make it harder to understand each other:

Can it ruin the family relationship?

The existence of conflict does not mean the absence of love. Arguments between you and your parent don’t suddenly mean that you don’t care for each other, it may just mean you have some disagreements to work through. Constructive conflict can be solved through honest, open, and non-judgemental communication from both sides.

How can a child deal with it?

previousWhy cramming for your test doesn’t work
nextWhy is it so hard to control your emotions?